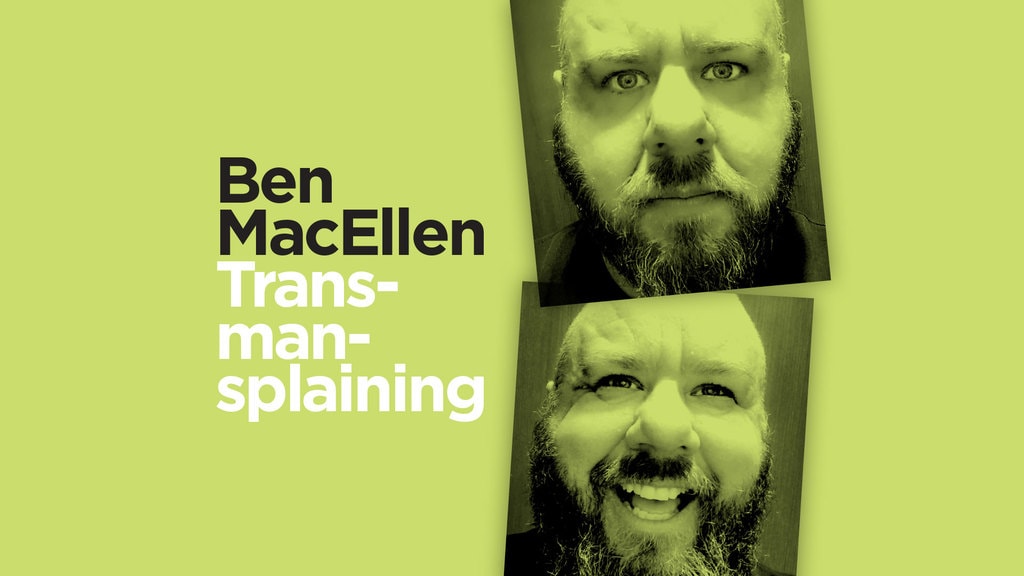 “Transmansplaining’ is an original one-man stage show based on the experiences of Ben MacEllen, a self-described “short, balding, bearded, gay, trans man”. Using humour, storytelling and intimate disclosures, he reveals his unique perspective of life as a male trapped in a female body. Drawing on his memoir ‘A Cut Closer to Whole’ and sixteen years living as a man, Transmansplaining chronicles Ben’s early inklings of being different, the realisation of his sexuality and gender dysphoria, and the poignant and often humorous observations of being a female-to-male transsexual.

Since becoming a Semi-Finalist in the World Championships of Public Speaking (Chicago 2018), Ben has been in demand as a speaker, combining his skills as a natural raconteur and comic, with the passion of a social justice activist. Transmansplaining reveals the story behind the man behind the beard.

After his critically-acclaimed performances in Bendigo, Shepparton and Castlemaine in 2019, Ben returns to The Engine Room for the second incarnation of ‘Transmansplaining’ on the 20th & 21st March, as part of Bendigo Pride Festival 2020.

‘Transmansplaining’ is proudly sponsored by The City of Greater Bendigo, and Pride Foundation Australia.